Skip to content
The NFL playoff picture has been set, after a wild and crazy regular season. While some of the usual suspects, such as the New England Patriots and New Orleans Saints, are in the picture, new comers such as the Mitchell Trubisky-led Chicago Bears and Lamar Jackson and the Baltimore Ravens are looking to make their mark. Here are 789’s official playoff predictions for the 2018-19 NFL Playoffs: WILD CARD GAMES Indianapolis Colts at Houston Texans The first playoff game of the year features two division rivals. The Colts, who are back in the postseason for the first time since QB Andrew Luck‘s shoulder injury, have been a surprise team this season. The Colts rode a strong defense and a Luck hot streak to the postseason. 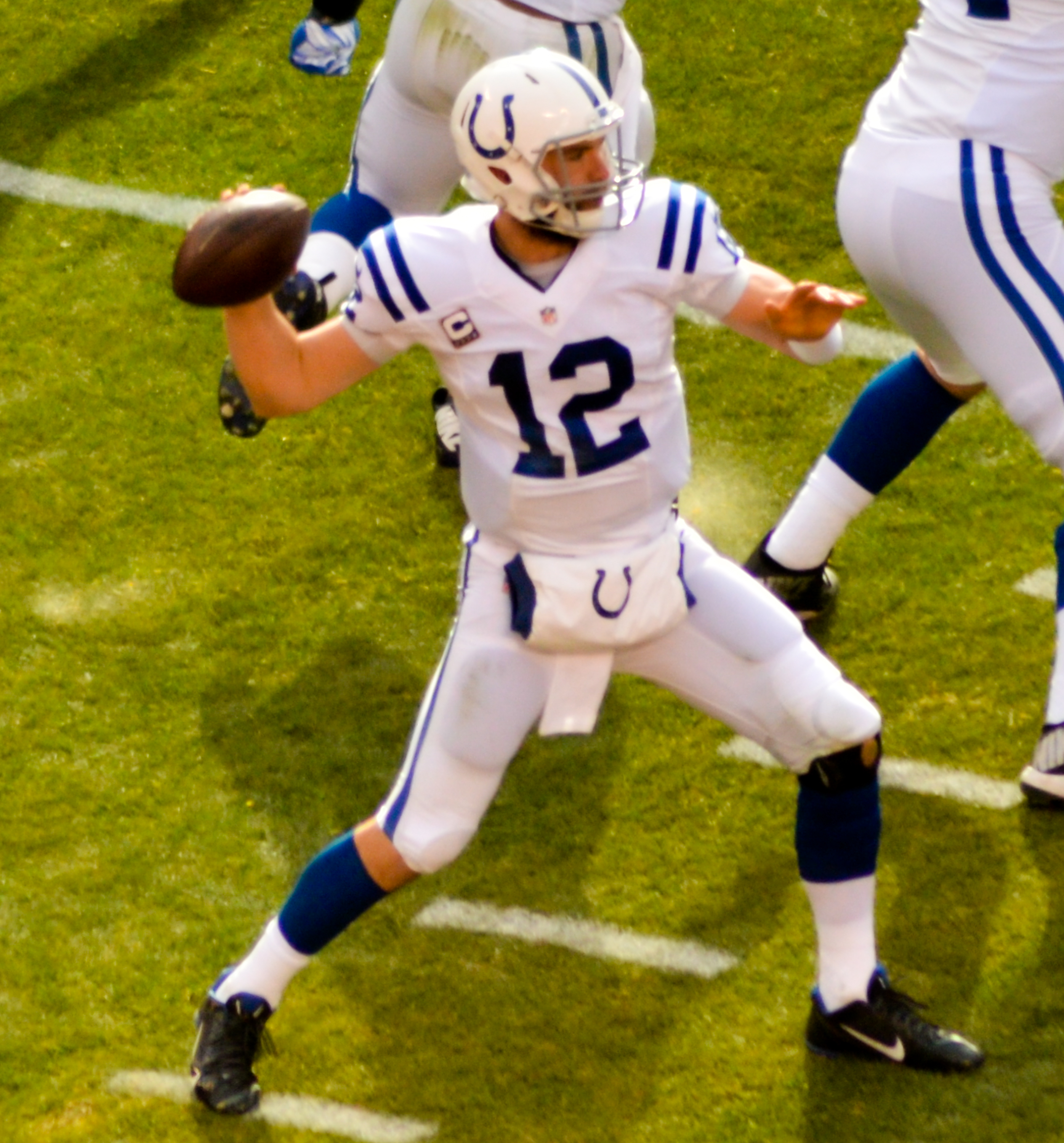 On the other side, Texans’ QB DeShaun Watson has put his ACL tear behind him, and led a team that has been riddled with injuries to the playoffs. Of course, Watson has the defensive line pairing of JaDeveon Clowney and J.J. Watt supporting him as well. Ultimately, I feel that the Houston defense will be able to keep the Colts at bay, and help the team advance to the divisional round. Cale’s Prediction: 27-17, Texans General Luck leads his troops down south to take on the Texans in what is their third matchup of the year. Luck, arguably coming off his best season returning from injury, is looking to help the Colts continue their climb from the bottom last year. The Texans, who were a mere game away from a bye, look to continue to try to make it further than they ever have. Deshaun Watson had a great bounce back season as did JJ Watt. Colts are hotter than almost anybody in the league, but the playoffs are when the men truly separate themselves. I’m a big Luck guy, but Watt and Clowney will have something to say about this one. I’m with Cale here. Tyler’s Prediction: 24-14, Texans Seattle Seahawks at Dallas Cowboys While the Cowboys won the NFC East, it is arguable they are the worst division winner across the league. While the team has boasted a strong defense this season, inconsistency has plagued Dallas, especially on the offensive side. QB Dak Prescott has had an up-and-down season, but since the mid season addition of WR Amari Cooper, Prescott has been much more up and down. On the other side, the Seahawks are led by veteran QB Russell Wilson, who almost willed this team into the playoffs. While Seattle doesn’t boast the same “Legion of Boom” defense that it did in the past, stalwart LB Bobby Wagner is still an All-Pro and has helped the new unit perform this season. Despite heading out on the road for the playoff match up, I will take Seattle’s defense and running game against the Cowboys. Cale’s Prediction: 24-17, Seahawks Cowboys, Seahawks. The 12th man vs the Star. Wilson against Dak. There’s a lot going on Saturday night to make headlines, but I got one for you, Zeke vs Carson. Two of the more productive runners in the game face off, and I think whoever gets going first controls the game. The Seahawks took care of business last time these two teams faced off, but that as a long time ago, and these two are much different teams now. Prescott is hot right now, and the Seahawks show they can pummel the Chiefs one game and then barely beat the lowly Cardinals the next. I think it will ultimately fall on Russell Wilson who thrives in these situations, and he’ll get Sebastian Janikowski into just inside his range for them to squeeze it out. Tyler’s Prediction: Seahawks 26-24 Los Angeles Chargers at Baltimore Ravens In what could be the most entertaining game of the weekend, the Chargers will head to Baltimore to face the Ravens. 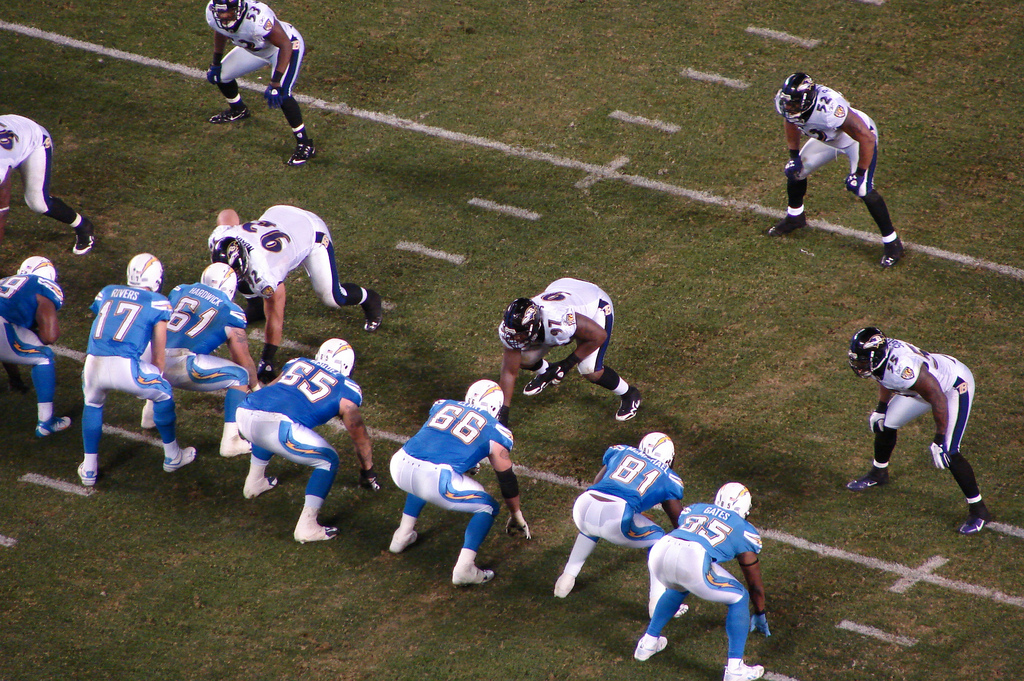 Los Angeles has been a strong, well-rounded team all year, and has been led by QB Philip Rivers. On the ground, the team boasts RB Melvin Gordon, and the Charger’s defensive unit has been one of the best in the league. However, the Ravens’ have the NFL’s best defense, and have a new, high-tempo, high-speed offense with QB Lamar Jackson. Over the past month and a half, teams have struggled to game plan for Jackson’s dual threat, as the quarterback routinely gains over 80 yards on the ground. His passing has steadily improved with every passing game, making the Ravens’ offense a growing threat. Ultimately, I’m going to roll with the playoff experience in a big game, and take the Chargers coming up with a big win in Baltimore. Cale’s Prediction: 23-14, Chargers The Chargers, arguably the best team in the AFC, slot into the 5 seed here. Going against the same Ravens team who took them to school two weeks ago, it’ll be on Baltimore’s turf this time around. That may actually bode well for LA, their home games may as well be Away games with the stadium against them no matter the opponent. They thrive on the road. However, the Ravens have Lamar Jackson. Who has taken the league by storm. He hasn’t put it all together quite yet, but his duel threat is the best the league as seen since Vick, and he’s getting better every game. I didn’t even mention their defense, which is the best in the league. The Ravens are going to take this one, and they’ll be the hottest team in the league heading into next week. Tyler’s Prediction: Ravens 17-10 Philadelphia Eagles at Chicago Bears The Bears controlled their playoff destiny. If the team had lost on Sunday, it would’ve had a Week 17 rematch against the Minnesota Vikings. However, the team played its starters most of the game on Sunday and got the victory, allowing the Eagles to squeak in the playoffs. Now, Chicago gets to face off against the defending champs. The Bears will have a home field advantage and boast a strong defense, led by DE/LB Khalil Mack. However, the unit is largely inexperienced, which can play into the outcome of a playoff game. The same is true for the offensive side of the ball for Chicago, as QB Mitchell Trubisky will be in his first playoff game. The ball will mostly fall on his shoulders, as the Eagles have stuffed opposing running backs over the past month and a half. While Philadelphia’s secondary has been banged up, it has gotten S Avonte Maddox back in recent weeks, and has been playing with a lot more confidence. Ultimately, it will fall on QB Nick Foles and the Philadelphia offense to keep the team’s season alive, something I believe they will be able to accomplish on Sunday at Soldier Field. Cale’s Prediction: 24-17, Eagles Speaking of hottest teams in the league, the Eagles are the real life Undertaker emerging out of the coffin meme. They were dead three weeks ago, and here they are, and here is the Super Bowl MVP leading the way. The Bears defense is vicious, they made the Rams look like a JV CYO team, they pummeled teams this year while Mitchell Trubisky slowly got better and better with the help of an awesome supporting cast. But, you just don’t beat St. Nick with logic, or home field, or better players. It’s Nick Foles. The Eagles are winning. Onto New Orleans. Thank you, next. Tyler’s Prediction: Eagles 29-27 Stay tuned for the rest of 789’s NFL Playoff Predictions as the weeks move on!

I am currently a Digital Content Producer at WPMT-FOX43, at least that's my day job. I am a graduate of Shippensburg University that majored in Communications/Journalism. My goal and dream is to cover professional sports for a living. I am a lifelong Philadelphia Sports fan, and am a diehard of the Phillies, Eagles, and Sixers. Ultimately, my goal is to make 789 Media the best it can be, your one-stop-shop for news, music and entertainment news, sports, and anything you could want for your homepage of your web browser to be. I hope you enjoy the content of our site as much as we enjoy creating it.